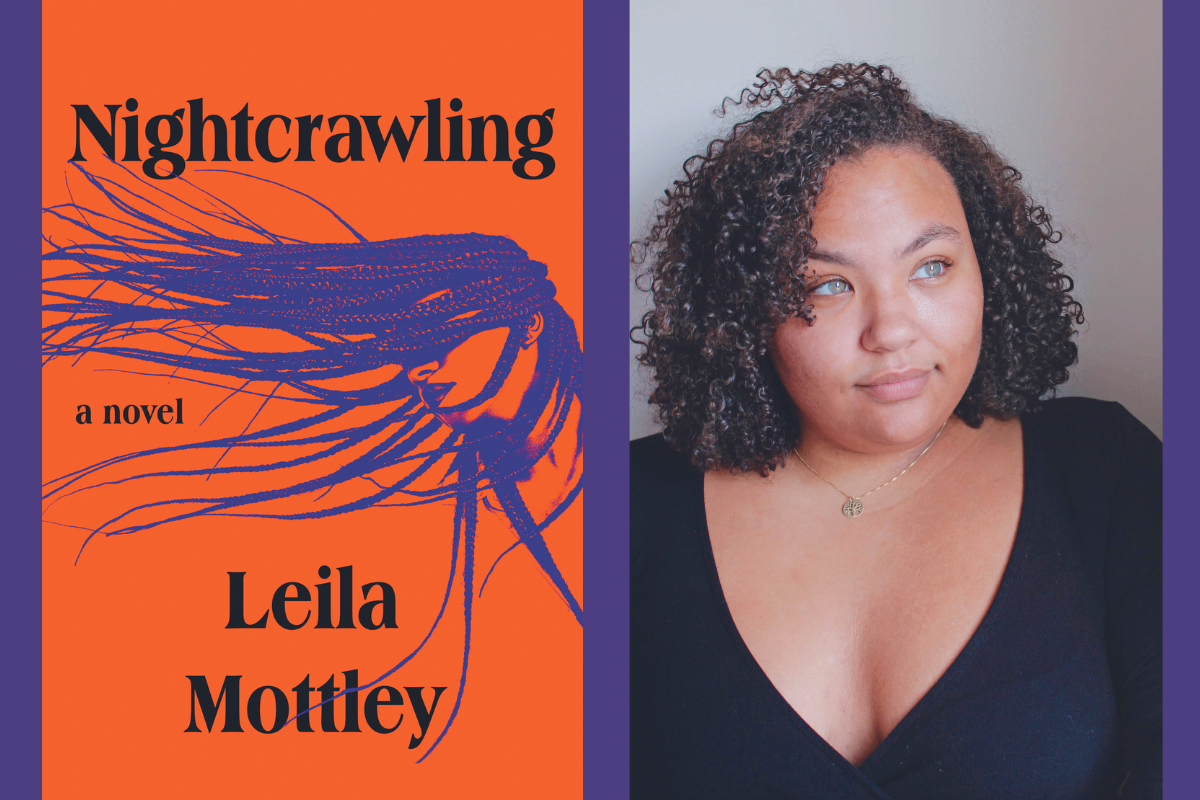 For readers of fiction and poetry, the best novels and poem collections are books that upon reaching the final page, one thought is primary: I must read this again. Absolute favorite books, call them “forever books,” go onto special bookshelves, saved for third and fourth—and more—readings that actually happen.

Importantly, the urge to return to a book isn’t the result of reading with haste, distraction or sloppiness. Instead, with each revisiting, there are joyful, surprising insights and rekindled appreciation for a book that is a living organism. As much as a reader evolves and changes over time, so too does one’s perspective on a novel or poetry collection reposition and expand.

Nightcrawling (Knopf), the debut novel by Oakland-based Leila Mottley, rises for many readers to that “forever book” stature. Named youth poet laureate of Oakland in 2018, Mottley’s first foray as a published novelist—she wrote her first, unpublished novel at age 14—has landed on Oprah’s Book Club list, was longlisted for the Booker Prize in 2022, and has garnered rave reviews in trade and popular publications and media.

The novel centers on 17-year-old protagonist Kiara, a Black girl in Oakland whose family is ruptured by death, addiction, incarceration, adverse mental health and the inequities, ineptitudes and corruptions of the criminal justice system. Mottley, whose own family was stable and afforded her an experience different than Kiara’s, has said about the fictional story that it was inspired in part by the 2016 “Celeste Guap” sexual exploitation case in the Bay Area that involved officers from the Oakland and other East Bay police departments.

Nightcrawling is not all trauma and pain; there is Trevor, the young boy Kiara unofficially “adopts” and protects, and Alé, the friend who loves Kiara unconditionally. It is also a richly complex love letter to Oakland and a profound tribute to Black youths and their joy, love, integrity, humanity, frailty, courage and more. It portrays full-spectrum Black life, and it matters.

In an interview, Mottley says, “I wrote this book in 2019. In the aftermath of the uprisings in 2020, there became a push for narratives of Black joy. In many ways, Black people in America are not afforded experiences defined only by our joy. Part of humanizing every character is giving them a complete spectrum of experiences and emotions. I thought about what does Kiara’s whole life look like? What does she desire? How do these pursuits change the way we build a relationship with her and understand her?”

The reader experiences with Kiara moments of exuberance while reliving her missed childhood. “Trevor becomes that symbol for her of childhood she wasn’t allowed to inhabit,” says Mottley. “She re-mothers him, but also steals flashes of childhood through him in moments on the basketball court. She pursues love and connections, and also we see fatigue, grief, moments of trauma and cruelty. That allows the trauma to always be contrasted by other things that make up her life.

“This is the reality of being human. She wouldn’t survive if she didn’t have those other things. It’s important we cling to those, hope for something. That doesn’t mean we need to see it through a lens that says the only way Kiara can have a happy ending is if the justice system rewards or resolves something for her.”

A consortium of noble and tragic forces causes Kiara to engage in sex work, or nightcrawling. To complete those sections, Mottley consulted a real life sex worker to vet the material. “There’s bias even in how people write about it. There’s also a system of locality that means sex work looks different in Oakland than other parts of the country.

“I’m always writing in service of my characters. It was important to have a Black woman with sex work experience in Oakland. Even then, I took her notes and thought of the variance in sex workers’ experience and what it would be like for Kiara. It would be very different for a white sex worker, because race informs everything. Especially in the context of her interactions with police officers.”

Mottley wrote her novel primarily during the summer months between graduating from high school and departing to attend Smith College in Massachusetts. She sold the book to Knopf after a 13-way bidding competition between publishers and says she initially wanted her age, then 18, not to be part of the marketing. “I became aware that I’d be asked questions about my age, and it would be what led the conversation. I made peace with that. I learned to see that any entryway that ends up with the book in people’s hands (is acceptable). The book speaks for itself.”

Even so, the constant questions about age and a tendency to ask her parents how they “made her like this,” gets old. “My dad would tell you, ‘I did nothing.’ We view teenagers and children as byproducts of their parents. That reduces young people to one small part of what makes us who we are. What does that say about the neglect of witnessing and looking at young people’s art?

“The reason it leads as the biggest question is because we as a culture have a belief that young people don’t have fully formed thoughts. It comes from the judgment and criticism that we view our past teenage selves through. That leads us to dismiss young people and our art.”

No one is dismissing Mottley’s novel and in that, and in Kiara’s story, resides hope for change and introduces new perspectives. Oakland street art in the book is an element and represents a quintessential, euphoric Oakland teenager experience; a white lawyer working with Kiara pro bono becomes a multifaceted referendum on white posturing and anti-racist activism; characters are simultaneously victims of systemic corruption and people with agency; a family’s love is generous and at other times, exploitive.

Critiquing her own work, Mottley says, “I started this book when I was 16, and the person I am now at 20 is different than the person who was in limbo and wrote it. Through this story, I maintain compassion for my younger self. As a writer, I have critiques for the way I wrote this book. I’ve had to remind myself it’s an homage to my 17-year-old self. I’ve learned what’s important is to see Kiara as a young person, and it gives us a certain window. I was only able to write it because I was 17 at that time.”

Asked about the writer she is now, in 2022, Mottley speaks about the craft of constructing character, place, narrative—and how when writing poetry it is all-consuming, solitary and quick to exit. But prose, she says, is a process involving continual reflection and can happen in any setting, including while on a crowded city bus.

As she matures as a writer, there are a few constants in her life. On her bookshelves will be forever books that include the four novels penned to-date by Jasmine Ward, a writer she says is “genius, masterful and consistently beautiful in a poetic way.” And there will be nappy edges, a collection of poetry and prose poetry by Ntozake Shange and Kindred, by sci-fi author Octavia E. Butler.

Mottley’s parents read voraciously. Having chosen of her own volition to “fall in love with literature” during weekly childhood visits to the public library, Mottley says she will always have a shelf full of Black poetry and a relationship with books. “I learned as a child I didn’t need to read or like what everybody else liked. That continued into my adult life. I read broadly, but also allow myself to read for fun. I change what type of book I’m reading depending on my mood.”